Sometime back I was asked if I would teach an elective on Heritage Conservation for 3rd semester undergraduate students of PESU Faculty of Architecture. I initially hesitated a bit as I considered they were still rather new to the field of architecture to cope with a specialized branch of the discipline but decided to give it a go. Rather than have classroom bound lectures on 'conservation' I decided to engage them in the field and introduce them to the concept of socio-cultural significance through studying and understanding a 'neighbourhood'.

I chose Richards Town - a fairly small and self contained colonial period city extension defined by a park at its heart and a church complex at one end.

The first day we met at the park I set the students an exercise in 'understanding the neighbourhood'. I asked them to walk away from the park, for about half an hour, in four different directions and come back and discuss what they considered the edge or boundary of the neighbourhood. I asked them to use visual and sensory triggers to help them define this edge. For example, street names, trees – width / girth / canopy / type, garbage piles or smells rather, age of people, noise and traffic, kinds of vehicles, pavements, the buildings themselves and observe if these various parameters could be typified. Although slightly mystified over the point of the exercise they obediently did their best. I asked them to present the results of their wanderings as a map which we discussed in the studio (see figure 1 below). 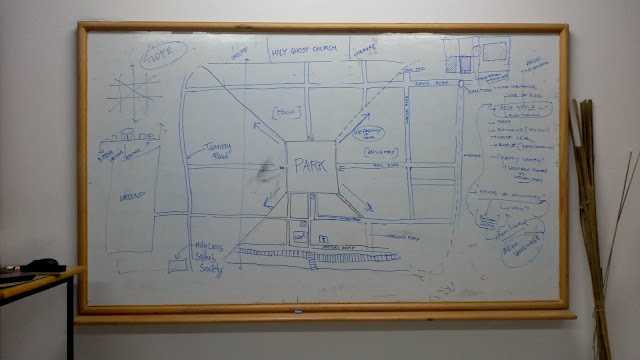 I felt they did a good job of observing their surroundings and 'place'. So over the next few sessions I divided the class into three groups. I gave each group the task of studying one neighbourhood parameter: (a) Built Form (structural and architectural) (b) Landscape (physical and sensory) (c) History and Toponymy and then independently arrive at the neighbourhood's boundary based on the parameter they were observing. I explained it to them as "for the given parameter do you observe some sort of consistency and at what point does this fade or transform".

The 'Landscape' group observed older more mature trees planted to a pattern which gradually transformed into haphazard planting / much younger trees / no trees. I helped them understand the importance of terrain in spatial planning and they then observed that the church was on higher ground compared to the rest of the neighbourhood.

The 'Built Form' group observed the presence of larger plots with either 'bungalows' or medium-rise large apartment blocks with ample setback immediately around the park and to the east. To the west, they noticed far smaller houses with lesser setback with more resident families per plot. They also observed that streets got progressively narrower to the west and the footpath 'disappeared' at some locations unlike in the eastern part.

The 'History and Toponymy' group noted that the blocks around the park had 'English' names. On getting to them dig deeper they realised that the 'English' sounding names around the park were likely people names, Hall Road, Davis Road. Whereas the names along the edge of the neighbourhood, like Pottery Road and Tannery Road, were occupational names. This led to a discussion on hierarchy in spatial planning at neighbourhood level (see figure 2 below).

Figure 2: students attempting to characterise and then analyse the neighbourhood.

We then did an exercise in overlaying the three boundaries (Landscape, History, Built Form) and surprise, surprise, the three sets of boundaries were an almost exact fit. I was thus able to lead their field exercises to an extremely fruitful discussion on characterisation of neighbourhoods - not just spatial / sensorial / historical / architectural but a combination of all these parameters. What I described to them as 'a sense of community' whatever form this might take. Hopefully they will carry this learning with them as they continue to design and respond to increasingly complex contexts. 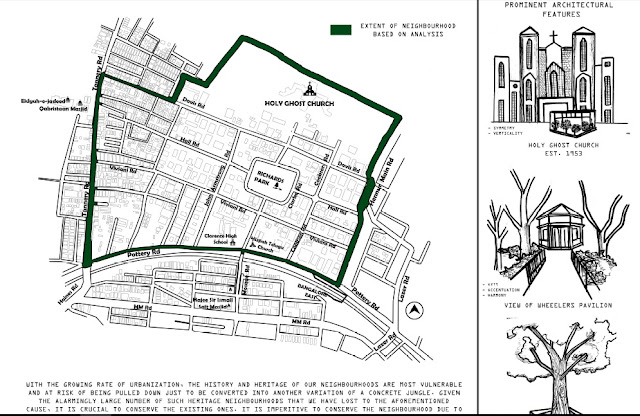 Figure 3: showing a part of attempt at analysis

I concluded the sessions by briefly stating that socio-cultural significance of a neighbourhood would be the resultant overlap of all the layers above, likely 'unique' to every neighbourhood (see figure 3 above).

To me the only missing element in this extremely satisfying semester of work was the fact that the batch was unable to present its work to the neighbourhood. We were all quite keen on this but the planned interaction finally never took place. Hopefully another batch, another time, another neighbourhood.